A View from the Bridge - William Bolcom 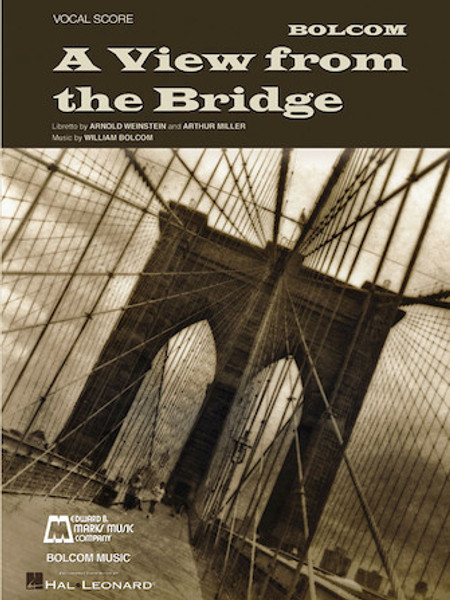 A View from the Bridge - William Bolcom

A View from the Bridge, with a libretto by Arnold Weinstein and Arthur Miller, is a faithful adaptation of the Arthur Miller play. Set in the Sicilian-American community of 1950s Brooklyn, this story deals with the timeless themes of classical tragedy: incestuous love, jealousy, betrayal and revenge. The opera was premiered at Lyric Opera of Chicago in 1999. The same production was performed at the Metropolitan Opera in 2002. The score was somewhat revised for the Metropolitan Opera performances, with a few added arias. This Vocal Score presents the revised version. A recording of the Chicago production of the opera was released by New World Records.

Laura Sonnets by William Bolcom for Baritone Voice and Piano

Songs of Innocence and of Experience - William Bolcom