Franck - Sonata for Cello in A Major (with Piano Accompaniment) 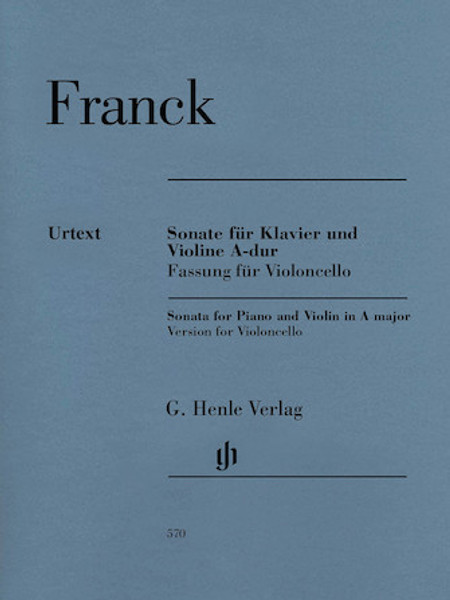 Franck - Sonata for Cello in A Major (with Piano Accompaniment)

Unlike some of his other late works, Franck's Violin Sonata (HN 293), composed in 1886, was well-received by the public and critics from the very start. The beautiful arrangement for cello published in January 1888 distinguishes itself from numerous other arrangements in that Franck expressly authorized it. The cellist Jules Delsart, who had heard a performance of the sonata in Paris in December 1887, was so delighted by it that he asked Franck's permission to make a transcription of the violin part for his own instrument. Delsart remained close to the original; he left the piano part unaltered and transposed the violin part only where necessary and appropriate into the lower register.

Franck - Sonata for Piano and Violoncello in A Major