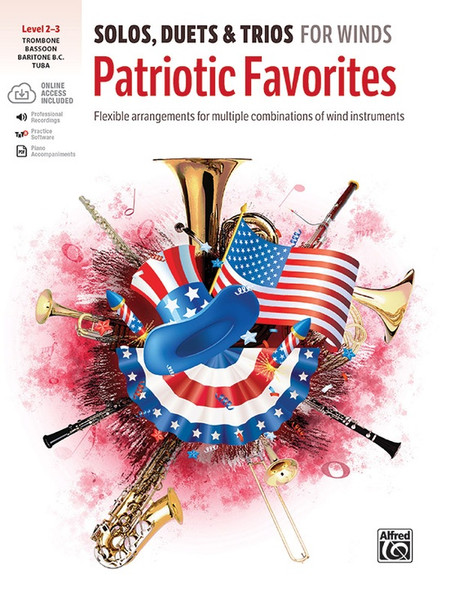 Adaptable and flexible to your unique needs, Solos, Duets & Trios for Winds is a versatile series that encourages playing in a variety of combinations. Featuring three written parts for every song, the arrangements are designed so that the top line is the melody (Part 1), the second line (Part 2) creates a duet, and the third line (Part 3) forms a trio. You can play solo parts alone or form small wind ensembles by mixing and matching instrumentation, as well as mixing the parts played. The accompanying online media includes fully orchestrated backing tracks, PDF files with piano accompaniments, and TNT 2 software, which features the ability to change the speed of the recordings without changing the pitch.

Christmas Duets for All for Trombone, Baritone B.C., Bassoon, and Tuba